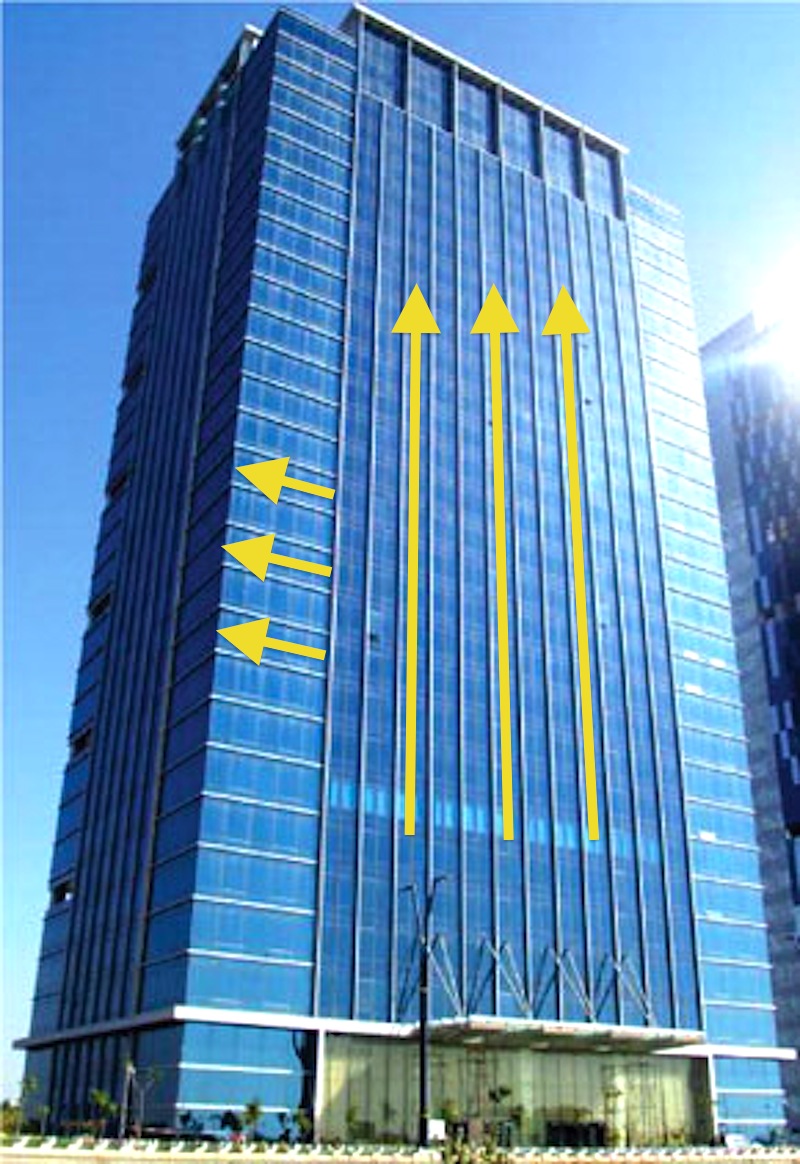 While fully-captured curtain walls are relatively straight-forward to install and fit a wide array of building types, Two-Sided and Four-Sided Structural Silicone Glazed (SSG) systems provide a compelling aesthetic choice that offer unique design freedoms. A more recent development than fully-captured systems in the relatively short history of curtain wall as a whole, SSG systems are frequently admired for their clean and smooth appearances, being less interrupted by external accessories and visual breaks.

SSG systems, in their simplest forms, are variants of fully-captured curtain walls in which conventional gaskets and pressure plates are replaced  with Wet-Sealed or Extruded Silicone to bond the glazing to the mullion. Within SSG systems, there are two further types : Four-Sided and Two-Sided. As their names suggest, Four-Sided SSG systems feature Silicone joints around all four edges of the glazing while Two-Sided SSG systems use Silicone on just two sides, leaving the other two sides capped as in conventional systems.

1. Installation of Two-Sided SSG systems is less expensive because there’s often no need for installers to make a additional trips to site to remove temporary clips as in Four-Sided systems
2. Drainage is simplified, particularly with vertically-oriented systems
3. Two-Sided systems are less reliant on ideal field conditions for proper adhesion during installation

Furthermore, ThermSSG (Now Thermaframe7) system allows designers to give their buildings a unique directional “reading” in either the horizontal or vertical aspect, or both as in the image above.