You Can Finally Say “Yes” To Smaller Glazings! 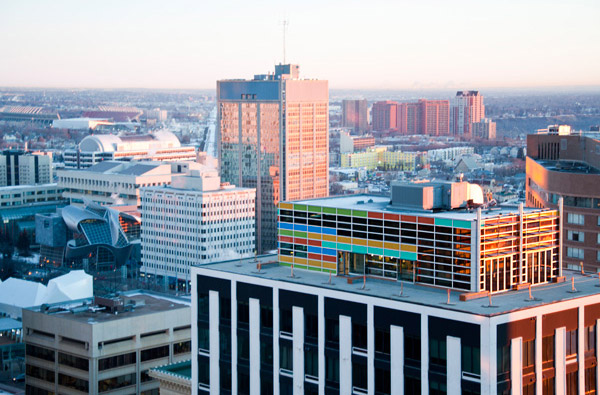 It’s no mystery that glass units are getting larger and larger thoughout the industry, pushing curtain wall system prices through the roof and rendering both sourcing and installation more of a challenge than ever before.

At the same time, the demand for glazed facades has never been higher, creating a potential point of friction on projects where the client wants more light and a greater sense of openness but doesn’t have an unlimited budget. Which is almost every project !

Now what if there were a way of increasing the total glazed area while keeping glazing size in check, thereby better controlling costs ? [As we did with the Cambridge Lofts Penthouse seen above.] What if you previously only used large glazings because conventional aluminum frames were poor thermal performers ? And what if you could actually achieve your desired effect with smaller glazings, thus simplifying sourcing, installation, and pricing ?

Impossible, you say ? Consider, if you will, the thermal performance of a conventional aluminum curtain wall system with triple-glazings : what’s the weakest thermal part of the system ? If you just shouted “THE FRAME” at your screen, you’ve done your homework ! With triple-glazed systems, it’s the aluminum frame every single time. (And yes, with double-glazed systems, it’s the glazing itself that’s the weakest link in the system, regardless of coatings and films.)

So if you’ve set out to maximise the thermal performance of your building’s curtain wall system, you’ll minimise the weak points and maximise the strong points. That means that, first, you’ll spec a triple-glazed system, and then you’ll maximise the amount of glazing relative to the framing. Not just because you want to breathe in those gorgeous vistas (which, of course, you do) but also because you want a cost-effective and thermally efficient curtain wall. That’s, at least, how it used to work.

Now you have a second solution : GlasCurtain’s fibreglass mullions, which, for the first time, mean that the frame is no longer the weakest thermal link in the envelope.

What does this mean in practice ? For one : You can finally say “YES” to smaller glazings!

Now what you do with your newfound power is entirely up to you.